Transcription Error Cost an Innocent Man a Year in Jail and $300,000 as Legal Fees 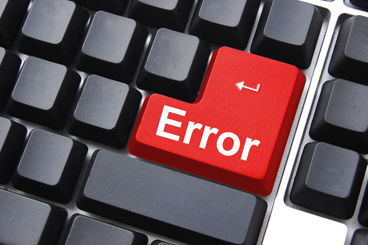 Accuracy is an essential element when it comes to legal transcription and is a major concern when utilizing legal transcription services. A minor error in legal transcription can lead to an entire mistrial, and wrong sentencing. Errors in transcribing legal recordings such as wiretap can have disastrous consequences similar to that which happened to 66-year-old Carlos Ortega who was arrested in 2011 for a crime he was not guilty of. Ortega, who had retired from a long career in aviation was accused of selling aeroplanes to drug traffickers, jailed and extradited to the US. He was a former commercial pilot and head of security for Colombia’s national aviation authority. Carlos Ortega had to spend 300,000 dollars and a year in jail in Florida before he was released by a court in Florida when it came to light that the US authorities had mistakenly ordered the extradition of the wrong Carlos. Unfortunately, he lost an appeal to claim back his legal fees and damages from the American officials who had mistakenly identified him.

Imagine all these events stemmed partly from a transcription error! Errors in legal transcribing can be catastrophic. Accusing the wrong person or wrong interpretation of judicial statements can have grave consequences. One reason for such mistakes could be inaccurate legal transcripts. Sometimes the recordings may only be marginally audible which may be due to use of poor audio recorders or distracting background noises.

The legal industry is a paper-intensive one and as any dedicated legal transcription outsourcing company would know, accuracy of the transcripts whether general correspondence, client letters, legal pleadings, briefs, interrogatories and so on, must be given prime consideration. The legal transcriptionist must have perfect co-ordination of his/her ears, eyes, and fingers to ensure accurate data entry. In legal transcription, there is no room for typographical or other kinds of errors. Therefore it is absolutely vital to use the latest digital technologies for the transcription. To reduce errors during transcription, the best policy is to create a fairly accurate transcription at the first level itself. This will allow the second level editors and quality control staff to focus their attention on subtler errors, and thereby ensure almost error-free transcripts.