An Overview on How Social Media Impacts the Legal Industry 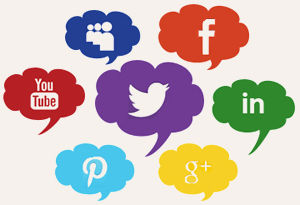 Online networks are increasingly serving as great platforms to investigate and help solve crimes with the help of the significant evidence they provide. As such, social media monitoring plays a crucial part in a legal firm’s trial preparation process.

A survey of 1,200 federal, state and local law enforcement agencies conducted by LexisNexis Risk Solutions revealed that four out of five respondents use various social media platforms to aid in investigations. It was also found that identifying people and locations; discovering criminal activity and locations; and gathering evidence are the top activities, while Facebook and YouTube are the most widely used platforms.

In many ways, social media has been a boon for law enforcement, handing the police ready admissions of guilt, equipping criminal investigators with new types of evidence and empowering prosecutors to better dispel reasonable doubt of guilt.

Experts say platforms like Twitter and Facebook are also renewing focus on cases that have long remained unsolved — crimes that were committed, in many cases, before social media existed.

An instance of social media legal cases would be that of Trayvon Martin, a black 17 year old teenager who was shot to death on February 26 by neighborhood watch volunteer George Zimmerman. Investigators turned to social media sites to begin looking for clues. A tweet saying “Unarmed 17-year-old boy shot by neighborhood watch captain in Sanford, FL outside of Orlando”, provided a web link to the story.

Responses from online users showed how powerful a tool social media turned out to be in turning a local police case into a viral movement. Because of the flow of information, George Zimmerman was apprehended within a month and a half. Subsequently, Zimmerman’s attorney opened up a Facebook page to confer with the public about new developments in the case. Even President Barack Obama commented on the case, responding to a question about it by calling the case a “tragedy” and saying “every aspect” of it should be investigated. On Facebook, Justice for Trayvon Martin has more than 200,000 likes.

Documenting important evidence collected from social media networks help legal professionals to develop their case and prepare for trial efficiently. The services of an experienced legal transcriptionist would prove a great support when there are a number of cases that need to be attended to.