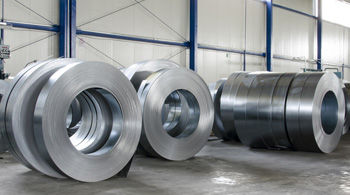 The Metal Theft Report released in May 2014 by the National Insurance Crime Bureau (NICB) reveals that Ohio ranks first for metal theft insurance claims in the U.S. once again, despite the overall decline in claims. While Ohio ranked first in metal theft claims to insurance companies in 2013 with 3,228 claims, in 2014, the state remains on the top with 4,144 claims.

The latest NICB report reviews the metal theft claims submitted from January 2011 through December 31, 2013 and revealed Ohio’s total claims last year was 13 percent of the nationwide rate. The report also notes that the number of claims in Ohio has risen consistently during the past three years while the national figures have gone down during these years (14,676 claims in 2011, 13,603 claims in 2012, and 10,807 claims in 2013).

Ohio has taken several measures to fight against metal theft:

NICB instructs individuals to do their part in cracking down on metal thefts by remaining vigilant in their neighborhoods and business communities. If a residence or building remains vacant for an extended period, they become havens for unlawful behaviors including metal thefts like wire stripping. You should report suspicious activities to the law enforcement agencies by paying attention to the neighborhood or asking someone you trust to watch over your home if you have to go away.

Reporting the crime when it occurs is also important. The NICB indicates that even though several metal thefts occur than are reported, all of them do not necessarily trigger claims. A metal theft claim is accepted by insurance only if that damage is covered under the policy or if the money lost is below or near the deductible. When handling these claims, insurance companies need to collect all the legally required information, including the copy of police report and theft report transcripts. With the proper documentation of the necessary details, they can ensure they are not overpaying the claims and if the claims are rejected, convince consumers why.