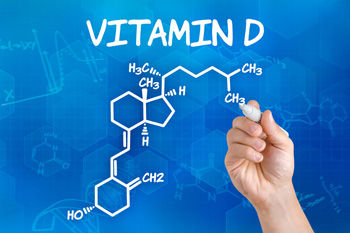 Serious diseases such as cancer and diabetes have been attributed to low levels of vitamin D. A 2012 study published in Dermato-Endocrinology Journal said the mortality rate for cancer among African-Americans is 30 percent higher than that of others, specifically due to vitamin D deficiency. However, a new study involving a systematic review on vitamin D status and ill health found low levels of vitamin D is more likely a consequence rather than a cause of illness.

The results of 172 randomized clinical trials of vitamin D were also included in the systematic review. Some people received a therapy during the trials while some did not. The researchers could not find any impact on disease occurrence or severity from the rising levels of vitamin D when they looked into the randomized clinical trials that involved the treatment using vitamin D. Even though the systematic review itself found vitamin D reduced the risk of dying in older people taking 800 international units per day, the review’s authors concluded that low levels of vitamin D won’t lead to ill health, but was caused by ill health. It is mainly because majority of interventional trials could not find any potential benefit from vitamin D.

The role of these studies in re-defining the nexus between vitamin D and ill health is very important. In researches of this kind, the researchers have to be very focused during each phase of their study to ensure the accuracy of their findings. This is an area where research transcription becomes very relevant – accurate transcription will be required for audio and video recordings of dictations, conferences, discussions, podcasts and so on. However, with the latest innovative technological solutions, researchers in all fields can be ensured of transcription and documentation of the highest standard.