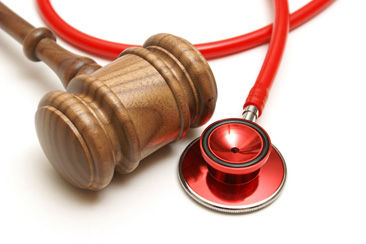 Higher reimbursements for complex procedures by Medicare and other payers is the main reason for the increase in medical malpractice rates. Unscrupulous providers perform complicated operations not because patients need them but because they can get paid more and earn bonuses from hospitals, which also gain thousands of dollars from such fraudulent billing practices.

In July 2016, Pittsburgh Post-Gazette reported that, in addition to being named in whistleblower lawsuit filed against University of Pittsburgh Medical Center (UPMC) in 2012 over fraudulent billing practices, a former UMPC neurosurgeon is also facing separate civil lawsuits. Hospital giant UMPC has been embroiled in medical malpractice allegations since 2012. According to the report, the charge is that the neurosurgeon performed an unnecessarily complex surgery on a patient causing permanent paralysis, and did complicated neck surgery on another patient just to make more money.

Every state has different pre-trial procedures, but it will usually take between a year and a half and three years after the filing of the lawsuit for a medical malpractice case to go to trial. Medical malpractice lawyers handling cases for plaintiffs have extensive documentation requirements and can benefit from legal transcription services at the various stages of the legal process such as:

As the discovery period comes to a close, mediation processes begin. If no settlement is reached, the case will proceed to trial. The trial will involve hearings, arbitrations, cross examinations, judgments, witness testimonies, questioning, and complex legal arguments.

Medical malpractice trials go on for a week or more. Lawyers can benefit from accurate, fast and confidential legal transcription services to meet their extensive documentation requirements. A reliable legal transcription company will have skilled transcriptionists who are well-versed in transcribing audio recordings of correspondence, briefs, pleadings, deposition summaries, and other documents with complex legal terminology and jargon. These companies accept dictations in various modes, making it easy to lawyers to send in the content of standardized documents. Importantly, outsourcing offers great savings on overhead costs and allows legal professionals to focus on winning their case, rather than spending hours on documentation.