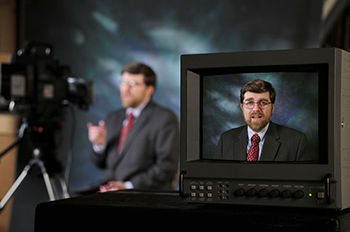 The media and entertainment industries are among the fastest growing sectors today, fuelling the demand for post-production transcription. Production transcripts are needed in video editing, depositions, focus group recordings, and interviews and panel discussion recordings.

There are many challenges in the post production stage of a video recording which starts after all the footage has been captured. This is the stage where graphics are added along with images, music, color correction, and special effects. This complex process brings the video to life. The video editor may be required to provide as-shot or as-produced scripts to accompany the project for distribution. The as-produced script is faithful image of the final program in the form it will be shown or telecast and will include act breaks, scene breakdowns and descriptions, continuity, word-accurate dialogue and speaker identifications. So for a lengthy video or film, scripting can be a complex task involving several pages representing several scenes.

Take a project like Brittany Anzel App’s film titled “Where There Once Was Water: A California Story”. According to a Paso Robles Daily News report, App began filming in March 2016 and expects that the research and production of her solution-focused documentary on about California’s current and future water landscape will last about a year. The post-production stage which includes transcription, editing, graphics, music and sound is scheduled begin in March 2017.

One can imagine just how relevant quality professional transcription services are for this venture of this nature. App considers this project especially important because water is life and she wants to “inspire change in relationship to how people use water, especially in California”.

To help the post production/video editor to listen to specific conversations in the media file or quickly locate parts that need to be edited, production transcripts are also time-coded. The time codes are usually placed at every speaker change and occasionally within a speaker’s talk. For instance, for small groups or individual interviews, time stamps can be placed with every moderator question. In the case of video transcription, time stamps help match the text with a specific scene. By helping video editors locate the segments they want quickly, time-coded transcripts help save time in post production.

All these challenges clearly indicate why editors involved in post-production activities choose to choose to outsource the task to a media transcription company.

With professional transcription services, clients are assured of:

Established transcription companies provide services at affordable rates with no charges for headers, footers, underlining or bolding. So whether it’s a feature film, documentary film, television reality show, interview or deposition, a small investment in the early production phaseis the ideal option when it comes to ensuringaccurate production transcripts.