Harlem’s Stories to be Preserved and Documented 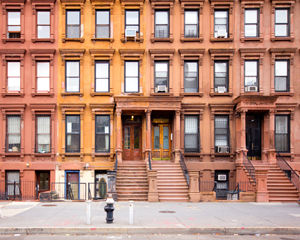 An oral history project is being carried out with Harlem, New York City in focus. The Harlem neighborhood in Manhattan, New York City carries much history, and it isn’t those details alone that would fill the pages of a history book. There are histories at a personal level for the people who’ve lived here. These need to be collected and broadcast to the world, just to show them that for the people who call Harlem their home it is more than just an old neighborhood – it is something into which their very identity is woven.

This is exactly what the New York Public Library is intending to do. It has kick-started its project, “A People’s History of Harlem“. As the name suggests, the stated aim of this project is to document and preserve the history of this neighborhood observed through the eyes of the people living there.

The program involves volunteers from various parts of Harlem undergoing training for recording audio interviews with various locals. These interviews will then be uploaded to the oral history website of the New York Public Library. Since its launch in May, the project has managed to get more than 30 interviews posted at its website.

Around 20 of these interviews have been conducted by Henry Blaukopf, who’s been a Harlem resident for a long time. He says he’s been discovering new areas and localities within the neighborhood, in spite of spending his lifetime there. This project is primarily concerned with accumulating personal stories of the various longtime residents of the neighborhood. In interviews and interactions there were new personal experiences coming up, related with an emotional zeal by the residents.

The overriding thought that kept coming up through these outreach efforts was the small town experience displayed through the camaraderie and hospitality that Harlem offered. Helen Broady, one of the organizers of the project, revealed that people felt a kind of trust towards their neighbors and other members of the community. However, there was uniqueness in each of the experiences that were related.

Harlem is Culturally and Historically Important

Harlem is a significant neighborhood in New York City, historically, politically and ethnically. It has long outgrown its 17th century Dutch roots and has been known, since the beginning of the 20th century, for its concentration of African-Americans. The neighborhood has an artistic reputation as well thanks to the Harlem Renaissance that swept through West and Central Harlem in the second and third decades of the 20th century. Unfortunately, events such as the Great Depression and the post-World War II deindustrialization resulted in increased poverty and crime rates that are still prevalent. As result, many Harlem residents are beneficiaries of government-sponsored income support.

This oral history project would provide the vital information which future generations could benefit from. This is the kind of data that one would not typically find in official records. One of oral history’s best practices is capturing the spoken word in print. This practice of transcribing helps create documents that can be used by scholars and other researchers. In fact, researchers are often more comfortable with paper than audio and video documents. Moreover, transcripts are also associated with legitimacy and reliability. An ideal archival quality transcript can be created through steps such as:

Oral history is indeed experiencing a paradigm shift with the advancement of technology. However, the transcript continues to have a hold on oral historians’ practice. To benefit from the advantages of digital technology as well as archival transcription, the best practice would be to combine both approaches as is increasingly done at present – link the full text transcripts to the corresponding audio or video files.