Are Court Hearings on Video a New Trend? 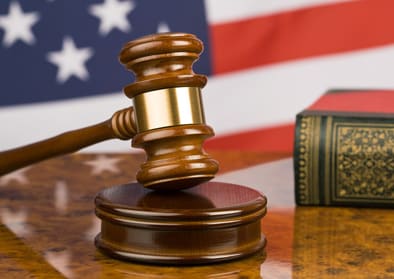 Will future court hearings transcription also involve watching a video of the oral arguments? It could. According to a recent CantonRep report, the Fifth District Court of Appeals in Ohio now allows judges to use video conferencing to conduct oral arguments on a limited basis. It is the only appellate court in Ohio that allows this practice.

This new project is financed by a $14,395 technology grant awarded through the Ohio Supreme Court. This appellate court is a good candidate for this venture as it ranks among the top three for caseload out of the state’s 12 districts. It is also the most populated appellate court in Ohio. The extensive size of the Fifth District, which covers 15 counties, made the use of video technology for court hearings a feasible option. The recent roughly 90-minute video session is the second of its kind in the Fifth District Court of Appeals and covered multiple cases. The aim of using video conferencing was to streamline court operations and improve convenience for the judges and the attorneys and their clients. This goal seems to have been achieved.

One of the main advantages of this new venture is that it saved expenses and time on travel for the judges and attorneys. The three judges in the panel were located in three different places – downtown Canton, Licking County, and Delaware County. The time needed to drive from Canton to the outlying areas of the district can be around two-and-a-half hours. With the video conferencing facility, the legal professionals did not have to drive down to converge at the same place. Moreover, the attorneys in the various cases, who were also spread across the three Fifth District sites, also did not have to be at the same place. Less travel also gives judges more time to research cases, review briefs and write opinions, according to one expert. With video conferencing, formal court sessions can be conducted as if all the parties involved are in one location.

Conducting cases via video feed is also an ideal option in bad weather like snow storms which make driving impossible. Another important reason is when a case needs to be heard expeditiously. In cases that have a tough time line, video conferencing can prove a great tool.

Video conferencing also benefits plaintiffs and defendants. They are spared a longer drive. They also save money if the attorney charges for travel time.

Courts across the U.S. do use video technology in limited capacities. Each location has video monitors as well as a laptop computer on which the attorneys can watch the proceedings. However, the news report also points out the drawbacks of the venture. One main problem is technical glitches. One of the judges reported that the audio failed between locations as a case was being heard. Another issue is more subjective – video feeds miss out on verbal cues and body language which are crucial points when judges and attorneys communicate. Many rely on facial expressions to try and understand what the other person is saying. In this matter, oral communications are superior to such technology.

Regardless of whether court hearings are conducted orally in the traditional manner or via video feeds, legal professionals can rely on a professional legal transcription company for accurate and timely documentation of the proceedings.