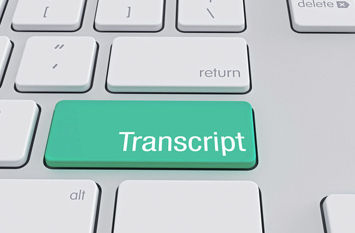 We all know that audio transcription service is handled by skilled and experienced transcriptionists listening to audio recordings and typing out the content. So the story of how an individual with quadriplegia managed to help with audio transcription and turn his brother’s transcripts into an autobiography is certainly inspirational.

CBC News reported on this amazing story about the two brothers, Rocky Jones and Roger Jones. Rocky, who died in 2013, was one of Canada’s greatest civil rights leaders. Recently, a multi-year project transformed about 90 hours of conversations that Rocky had with two of his old friends, Canada’s parliamentary poet George Elliot Clarke and Prof. Jim Walker, into an autobiography. His younger brother Roger, a quadriplegic, played a key role in this project by putting in long hours to turn these digitally recorded informal conversations into clear, legible transcripts.

The majority of individuals with quadriplegia are wheelchair users. In addition to this visible disadvantage, most have associated “hidden” impairments that are troublesome and make daily living very difficult. None of these issues doused Roger’s enthusiasm. Though he cannot type, he can speak. He listened to the taped conversations and repeated his brother’s words clearly into voice-recognition software, also providing context and concision. In the process of doing the transcriptions, Roger says he learned more about Canadian and black history, and most important, grew a lot closer to his brother.

According to the report, it was Roger who urged his brilliant brother to document his thoughts and experiences for posterity. When it came to transcribing the conversations, Roger failed to find a professional digital transcription service that could understand the issues and Rocky’s comments in context well enough. So took a shot at it himself – and succeeded!