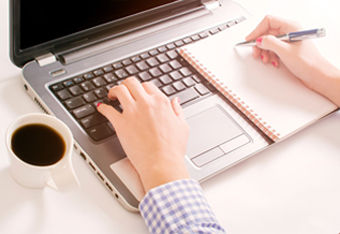 Today, there are sophisticated transcription apps that make legal reporting easier. However, legal transcription outsourcing has not lost its relevance. There are many reasons why machines are not ready to replace human labor especially in areas such as legal documentation.

Human transcribers are not likely to become redundant because machines cannot handle the documentation associated with complex litigation. In a recent article published in Xconomy.com, a contract program manager working with the Microsoft Translator team says that he doesn’t think that human transcribers or translators will ever be replaced completely. He points out that too much depends on context and complexity of language, and cites legal proceedings as a good example of complexity and context.

Complex legal proceedings are those that involve court battles between multiple parties in multiple jurisdictions, with large amounts of money at stake, lengthy trials, or complicated legal issues. Examples of lawsuits in the complex litigation category include class action lawsuits, contract disputes involving subcontractors, and international arbitration. Only skilled transcriptionists with a good knowledge of legal terminology and jargon would be able to provide clear and accurate transcripts of such legal proceedings.

Even sophisticated transcription apps that are available in the market have their limitations. Take Microsoft’s Al. Even its makers admit that while their advanced software has an error rate that is close to humans, it still has a long way to go when it comes to handling conversations in many challenging real-life situations and with multiple voices.

Another recent innovation, BlueText streams audio (.WAV files) recorded on an iPhone or iPad to the cloud-based Microsoft Translator Service. This in turn connects to a Bing Speech API which transcribes the speech to text. The app is designed to provide verbatim transcription by filtering out uhs and ums and repeated words. A translator service translates the transcripts into more than 60 languages. BleuText can handle recordings up to two hours in length. While the app records via an iPad or iPhone microphone, external microphones will be needed for better results in noisy environments.

Those who adopted these state-of-the-art apps early continue to use both transcription and translation services for interview transcription of legal investigations. In other words, the machine-generated transcripts are reviewed and corrected by professionals in legal transcription companies.

Though even established transcription companies are using or trying out some form of speech-to-text technology, they will continue to rely on humans to handle difficult audio or to ensure quality.