From investigating insurance fraud to cheating spouses to murder cases, a private detective’s work is extremely varied. Much of their job involves conducting interviews. These detectives are required to interview different persons associated with the case for obtaining firsthand information. Interviews are conducted either through telephone or in person. In either case, a complete transcription of the interview is inevitable if the investigation ends in a court hearing. To be specific, we can say interviewing and transcription are critical for private detectives. 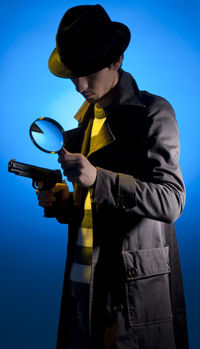 Detectives may need to conduct either one-to-one interviews or interviews with multiple persons during their investigation. If we talk in legal terms, they may have to interview plaintiffs, defendants, victims, suspects, witnesses, subjects of background investigations and experts. Interviews help investigators in the following ways:

Interviews give a verbal confirmation of a particular event or happening. If a one time occurrence associated with a particular case is being investigated, the people who saw what exactly happened are often the interview subjects. The information collected from that person is known as testimonial evidence which can be valuable during court hearing, especially when combined with documentary evidence gathered during records research.

Documenting interviews is as important as conducting interviews for detectives. Rather than taking notes by hand, it is better to record the audio or video and make a verbatim transcription of the full conversation later. Some of the advantages of this method are as follows:

Instead of spending time transcribing audio or video files by themselves, private detectives can choose the option of outsourcing their transcription work. This will provide them with the following benefits.

However, detectives should ensure that client confidentiality is maintained while choosing a transcription service. If the documents fall into the wrong hands, they may lose their clients, and the clients may sue them for privacy breach.