How to Develop and Establish Team Norms 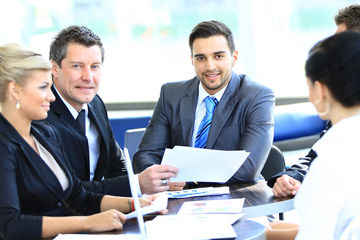 Collaboration and team work are essential to the success of a business. Establishing team norms–a set of unwritten rules that guide behavior – can boost team efficiency. Even Google’s project on “What makes a team successful (or not)” tied a team’s success to norms and not just data and brains. Common team norms relate to decisions, project management, dealing with conflict, and meetings. For instance, norms for team meetings would include how they should be structured, who will lead the meeting, how to encourage participation, who will keep the minutes, and how meeting transcription will be done. To build a successful team, you need to:

Group norms are a set of agreements about how team members will work with each other and how the group will function as a whole. By providing clarity of purpose and roles, these agreed-upon guidelines on behavior will help improve the collective performance of the team.

Team norms can be developed in three ways: from past experience with a successful team, letting norms develop naturally, or creating the norms based on what you want to see. Identifying successful norms based on past experience is a feasible strategy. For instance, Google’s research found that teams that performed well on one project usually did so well on all others as well. The reverse was also true, that is, those that failed at one thing seemed to fail at everything. This led the researchers to conclude that what set the “good” teams apart from the dysfunctional groups was how teammates treated one another. As reported in a New York Times article, the researchers found that, “The right norms, in other words, could raise a group’s collective intelligence, whereas the wrong norms could hobble a team, even if, individually, all the members were exceptionally bright”.

Here are the steps involved in developing team norms:

Examples of norms include: 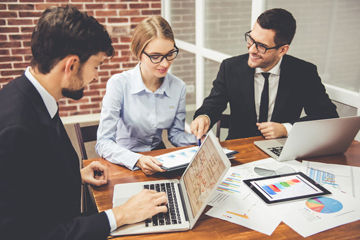 Refining and defining the guidelines is an important part of the norm development process. There may be contradictions as to what people want and as a result, suggested guidelines may reflect individual preferences. In that case, it would be prudent to have a norm that says, “Let’s respect each other’s unique perspectives and preferences.”

Once you have developed a set of norms, you need to make sure they are not violated. Senior executives should set the example and inspire others to follow them. Posting the finalized list of norms in work areas would serves as a reminder during the course of the project. Even then, you may find that people tend to forget or unintentionally violate them. To develop mutual accountability, discuss different situations such as how members will be held accountable if norms are not followed and how accountability can be promoted. For instance, if someone perpetually arrives late at meetings, he or she could be asked to pay a fine.

It’s also important to review the norms from time to time so that they reflect what’s important to team members at each phase of the project. This will allow you to make modifications based on valid concerns and grievances.