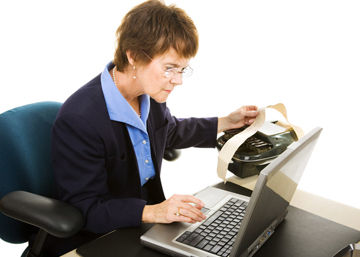 Live court reporting requires specialized skills. Court reporters are trained in shorthand and are constantly striving to improve their ability to type at higher speeds and rates of accuracy. Present in court, these professionals focus on producing accurate, impartial, and timely transcripts of trials and other proceedings. Only expert transcriptionists in legal transcription companies have comparable skills.

Budget cuts in the 1990s prompted courts to switch to electronic recorders. However, WCBI recently reported that the state of Mississippi is experiencing a shortage of court reporters and that judges are ruing this shortage as they are having a hard time in court. Fortunately, court reporters are making a comeback as administrators realize that electronic recorders cannot replace humans in courts.

Tape recorders and court stenographers coexisted without much friction until the 1990s when Supreme Court judges began considering replacing humans with technology in the courtroom. A New York Times report “Tape Recorder vs. Court Reporter” elaborated on both sides of the argument. Proponents of electronic recording said that efficiently operated modern tape recorders were as good as human stenographers and maybe even better. Recorders were more a cost-effective, efficient and reliable method of obtaining accurate, permanent records of court proceedings, they argued.
On the other hand, lawyers vociferously supported court reporters, especially for trials. They maintained that the transcripts of recorded proceedings were inferior to those provided by stenographers. The NYT reported that tape recorders came to be used in all of the state’s municipal courts and in the Superior Court’s Family Division, Special Civil Part and Law Division for some nonjury trials. The State Supreme Court, the Appellate Division and the State Tax Court also switched to recording their proceedings.
Soon, court administrators began to realize that tape recorders could not fully replace human beings. The problems identified were as follows: 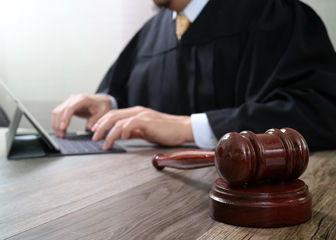 These issues paved the way for the revival of court reporters. According to a recent NY Daily News report, the city’s Surrogate’s Court which put in recording devices years ago due to budgetary issues, now call in a live court reporter whenever there’s a really important trial.

Court reporters type everything said during a trial, hearing, deposition, or other type of legal proceeding and put the spoken word in written form immediately. Today, their skills are even finding application in closed-captioning for those with hearing impairments on TV shows, live sports events, and in classrooms. As they are present at the proceedings, they can identify speakers accurately and butt in when necessary to be sure every word is clearly understood. Their services help judges and attorneys to accurately and efficiently dispense justice.

Court reporting has stood the test of time, but legal transcription services are still relevant when it comes to transcribing previously recorded depositions, witness interviews, hearings, lawyers’ dictation, and legal documents. Legal transcriptionists can produce clear, polished, well-formatted records as they can stop and rewind unclear recordings repeatedly. They add punctuation and paragraph breaks and edit the documents for readability and flow. Most important, they can overcome many of the limitations associated with real-time court reporting.

A reliable legal transcription service provider can also manage challenges such as accents, legal jargon and complex terminology as well as background noise and other hurdles. They work with advanced technology and consult with legal experts to produce superior legal documentation solutions in quick turnaround time. Their services also come at affordable rates to save their clients 30-40% on their operational costs.