Researchers are Experimenting on a Device that May Ease Stroke Paralysis 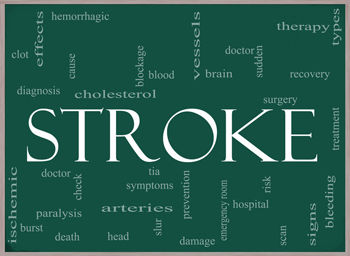 The scientists at the University of Wisconsin-Madison are testing a thought-controlled device that may help people with stroke paralysis to move their limbs again. This device may help patients to do things including combing the hair and buttoning the shirt. The rehabilitation device comprises a functional electrical stimulation (FES) system (currently used to help stroke patients recover limb function) paired with a brain control interface (BCI) that provides a direct communication passage between the brain and the peripheral stimulation device.

During the study, eight patients with immobile hands were reported to show improvements in their ability to finish their daily tasks after six weeks of therapy using the device. The researchers say these patients were months and years out from their strokes and earlier studies had shown there was no real chance of change for them. With the brain-training device, the scientists have found new hopes for change.

The patients wear a cap of electrodes to use this tool for the testing process. These electrodes pick up the brain signals which are decoded with a computer. Once the signals are decoded, the computer would send tiny jolts of electricity to the sticky pads placed on the muscles of the paralyzed arm through the wires. The jolts do the same job as nerve impulses that tell the muscles to move. A session involves a simple video game on the computer screen that would prompt patients to hit a target by moving a ball using their paralyzed arm. The study involved patients practicing with that video game for around two hours at a time, every other day. The researchers scanned the brains of patients, before, during and a month after they completed 15 sessions using the device. It was found that the more times the patients practiced, the more they were capable to train their brains.

In the opinion of healthcare experts, stroke is the largest cause of disability in the United States. Around 800,000 strokes happen in a year and 50% of patients end up with severe disability. In such a scenario, rehabilitation for stroke patients is extremely important. These types of researches play a crucial role in providing better kinds of rehabilitation. Research transcription becomes necessary for the progress of any research since results obtained in each phase are documented through this process. To get accurate results from a research, it is important to give great focus on the accuracy of documentation. Researchers can seek reliable transcription services to transcribe research findings accurately without interrupting their research process.