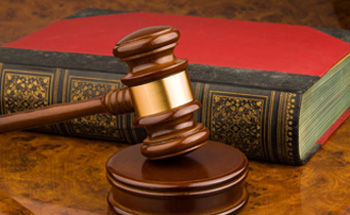 A recent article in The Crime Report highlighted several issues ailing the digital courtroom and legal transcription. According to the report, delays in transcripts produced by overburdened Massachusetts court reporters are delaying the appeal process.

In 2003, the Massachusetts Supreme Judicial Court had set up a special study committee to evaluate the timeliness and accuracy of trial transcripts. The committee found that transcript delays were the “single greatest impediment to the progress of cases appealed from the Massachusetts trial courts.” Even after several years of court reforms, things remain relatively unchanged, according to an official of the state’s Committee for Public Counsel Services. The problems highlighted by the report are as follows:

Experts point out that while digitization of the court reporting function may help courts save money, it is placing a great burden on the attorneys and the attorneys’ clients by not providing an adequate record. Moreover, there are costs involved for the state as well such as the expenses of housing prisoners waiting for their trial transcripts and the costs of cost reconstructing a transcript when a recording fails.

According to the Senior Staff Counsel for the Committee for Public Counsel Services in Massachusetts, an average of five attorneys contact him every week with serious transcript problems, including transcript delays of over 120 days. The Massachusetts Bar Association is pushing for the return of court reporters.

Besides Massachusetts, many other states are burdened with transcript problems, ranging from delays to missing records caused by both court reporters and recording failures. The need of the hour, according to the report, is proper tracking by a government or independent entity to ensure delivery of accurate and timely transcripts, and adequate follow-up evaluations of the new systems.