Importance of Legal Transcription for Removing Ambiguity in Lawsuits 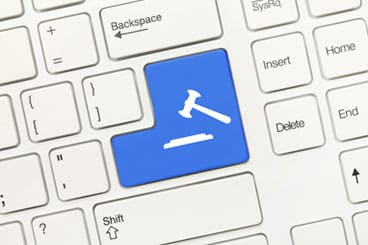 Complicated cases highlight the importance of getting the facts right. And that’s why legal transcription is such a crucial aspect – it must be done with accuracy and precision. From the plaintiff’s point of view, the incident must be recorded in detail and the evidence presented in its entirety to ensure that the wrongful action points towards the defendant, instead of creating a situation where a blame game ensues and it gets difficult to fix the motive and cause of the crime. This obviously delays the resolution of the case and the settlement of damages.

Precise Legal Transcription to Get the Details Right

Legal transcription services would involve creating accurate legal documents of oral communications and sessions such as crucial witness interviews, wire tap, hearings, depositions, court proceedings, pleadings, and also audio and video recordings. The attorney for the defendant would be looking at various angles to:

The plaintiff needs to get the documentation right and convince the jury that:

If the defendant is wrongly accused, his attorneys need to display similar diligence in all the aforementioned processes to get his innocence proved. It is important to get the little details right, and outsourcing documentation tasks associated with litigation works better for law firms burdened with excessive workload. When law firm staff is burdened with excessive transcription among other core duties, the risk of errors increases which could adversely affect the client and the reputation of your firm.

Following are two typical cases where precise legal transcription can make the difference in their outcome by presenting the court with documents detailing every minute fact. Cases such as these would require transcription of judgments, police recordings, court hearings, and doctor testimonies among others.

The plaintiffs sought to obtain DNA of the defendant to compare it with the blood found in the driver area of the wrecked car. The defendant in turn submitted his motion to seal two of the exhibits containing crucial information relating to the crash including police investigation records and graphic images. The judge has granted that motion, citing the risk of social media disseminating the evidentiary information. The DNA motion has yet to be ruled on.

Determining Which Incident Caused the Damage

In yet another incident as reported in CT Law Tribune in which a 42-year old man suffered two successive accidents resulting in a severe neck injury involving multiple surgeries, doctor’s testimonies were essential in determining that it was the second accident that caused the damage. Each of these incidents that happened on successive days resulted in separate lawsuits. But before the lawsuits were consolidated there was significant blame shifting by each of the defendants, claiming that the other accident was responsible for the plaintiff’s serious injury. But those doctor testimonies proved vital in the plaintiff being awarded $1.8 million in damages.