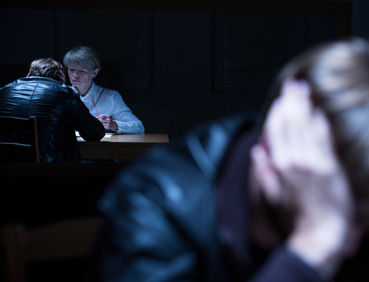 Reid Technique of Police Interrogation May Be on its Way Out

The main aim of the police interrogation is to wear suspects down. The traditional method involves intimidating the subject physically with third degree measures. In the PEACE method – Preparation and Planning, Engage and Explain, Account, Closure and Evaluate – it is assumed that a liar will gradually build up a series of false explanations, and eventually, an inconsistent detail will reveal the whole fabrication. The Reid technique involves building of rapport with the suspect and observation of body language to elicit a confession.

The big question is: are interrogations successful? The confrontational Reid technique, developed by John E. Reid in the mid-1900s and used for more than half a century, is considered the gold standard by the law enforcement community for interviewing and interrogating suspects in criminal investigations. The procedure basically involves three stages and is aimed at breaking down the suspect’s defenses and making him confess.

However, experts have questioned the efficacy of the Reid technique and the confessions that are elicited. According to the recent Washington Times report, innocent people are more likely to be affected by this interrogation method than guilty people. The extended interrogations may drive innocent people to falsely confess because they naively believe that the facts will eventually set them free.

One of the largest police consulting firms in the U.S. has said that it will stop training detectives and federal agents in the Reid technique because “confrontation is not an effective way of getting truthful information”.

Even police officers who watched videos of their own interrogations later have conceded that they may have revealed details about the crime to the suspects, which only the culprits could have known about. This may have led suspects to confess to a crime they did not commit. The police consulting firm plans to use other interrogation styles that studies have found to be much less risky. 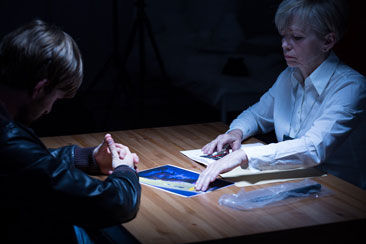 Electronic recording of interrogations and interrogations transcription enable attorneys to develop the strong evidence they need to present their case. These powerful fact-finding tools got a boost recently with state governments announcing that police departments will receive grants to record interrogations on video.

According to a recent Press connects report, New York’s law enforcement agencies have been awarded more than $500,000 in grants to purchase video recording and interrogation equipment. This will allow the police to record more interrogations on video, which will help promotion of justice.

Recording interrogations is important to preserve the rights of individuals and also to protect police officers. In a criminal trial, confessions are one of the most convincing and crucial pieces of evidence, even overriding physical evidence.

With the increased funding for recording interrogations, police departments will be able to purchase and install video recording equipment and increase their recording and data storage capacity. They can also devote more resources to finding the true perpetrator, protecting society against further crime and also saving taxpayers’ time and money.

It is evident that the costs of recording interrogations is minimal compared to the benefits accrued. Legal transcription outsourcing to an experienced service provider can also ensure verbatim transcripts of all types of interrogations at cost-effective rates. Quality recording and documentation of these electronic recordings will help enhance integrity, fairness, and effectiveness in the criminal justice system. 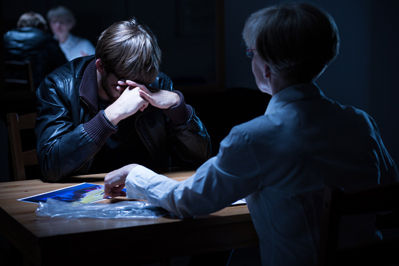 The value of recording police interrogations can hardly be stressed. Legal transcription service providers convert these recordings into accurate text documents, which are a valuable element in the trial process, especially for filing or fighting an appeal.

The state of Colorado now has a new law that requires the police to record interrogations. With this new legislation being signed into law in June, Colorado joins several other states in the US which also mandate the recoding of interrogations for certain offences. Most police departments in these states have voluntarily adopted the practice. Recording and transcribing interrogations helps in simplifying and streamlining the legal process.

Transcription companies offer their clients options for dictating interrogations such as digital recorder and toll-free telephone number. Recordings can even be submitted in analog format.  If the recording is made on their dictation device, the client can upload the file on a secure FTP account from where the company will download it for transcription. For the convenience of their clients, reliable companies also accept recordings in various audio and video formats.

In addition to being accurate, consistent and quick, a professional legal transcription service provider would ensure the privacy and confidentiality of the data they are entrusted with. They are also focused on providing competitively priced solutions with considerable cost savings for their clients.

Legal analysts, law agencies, and concerned organizations have welcomed Colorado’s decision to record interrogations. Electronically recording the entirety of custodial interrogations in certain felony cases is expected to prove a safeguard against wrongful convictions arising out of false confession, which is responsible for about one quarter of the nation’s 342 wrongful convictions proven by DNA evidence. 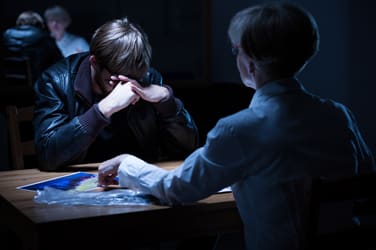 The transcript of a police interview should be in verbatim which means that you must transcribe everything that is said during the interview. You should consider the following for effective verbatim transcription.

Give More Attention to Non-native Speakers

There would be absolutely no embellishing allowed in police interrogations transcripts. You should transcribe in the same language as the native speaker says. For example, if the speaker said “wanna” or “gotta,” you should put it down as “wanna” or “gotta.” If the speakers were yelling at each other during the interview, reflect that in the transcript with an exclamation mark. Highlight the word the speaker is stressing during the interview. If the speaker is repeating a particular word, make sure to repeat that word in the transcript.

Once you finish the transcript, revise it and listen to the transcript for the second time. This will help you to correct mistakes if any, and achieve consistency.

You can ease your work burden and save time by outsourcing the transcription work. In this way, you can receive help from experienced transcriptionists and ensure a high level of accuracy with the quality assessment team. However, you should make sure that the legal transcription company that you choose has in place all the necessary security measures to ensure maximum protection for your data. 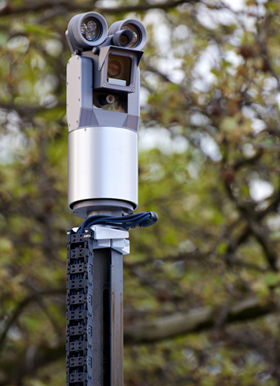 Police video transcription is a vital cog in the whole process of criminal investigation. Its accuracy is vital, and advanced technologies available at present make evidence gathering more efficient. Tapes are gone, and it is all digital storage these days. When it comes to transcribing the videos, a legal transcription company can be of assistance in creating quality and accurate transcripts of the video content within minimum time. Legal transcription companies serve police departments, attorneys, medical examiners, detectives, and private investigators among other legal and investigative professionals.

Here’s looking at technology that could solve some of the issues with the already advanced data collection systems in place.

If there is one thing the police rely on above all for gathering evidence or piecing together what happened, it is surveillance cameras. These IP-based devices bring in multiple views of a particular location which must be networked and monitored from one position, where the video also gets stored. The networking and monitoring tasks become difficult, though, in a network with multiple cameras. Moreover, recordings cannot be executed out of the box by the surveillance equipment.

The "edge storage" technology would deal with it effectively. This basically involves IP cameras integrated with SD card processors or network storage devices. Recording the footage on the camera itself does away with the requirement for instantly configuring the feed into a centrally placed recording system. This decentralization of video storage also ensures there is an off-site backup of the surveillance.

Command centers these days involve monitoring of multiple HD videos shown on a single screen. The content shown on these videos guides the decisions made by the personnel in charge of the command center. Real time recording of the videos shown is important. This has a solution too.

There are devices that can stream as well as record many HD sources at the same time in high resolutions and at 60 frames per second. This technology can not only provide surveillance and multiple videos for command center screens, but also record them to be reviewed later. The video can be distributed through YouTube and other video sharing sites. To top it all, this technology is also capable to be remotely controlled.

As with any kind of data, storage is a challenge for police video evidence. The video must be stowed away safely and free from any kind of tampering by anyone, but it must also be easily retrievable whenever and wherever authorized personnel need it. Cloud storage is the answer. A solution has been found for that as well. Cloud-based storage solutions are around that can encrypt the data transferred and also store it with advanced 256-bit encryption, meeting the latest law enforcement security standards.

Video recordings of interrogations are vital for the police to ensure their convictions are justified, and to prevent themselves from wrongful misconduct accusations. Multi-camera shots are therefore employed to monitor the subject being interrogated and full-room views reveal the entire process.

A user-friendly system needs to be in place for the reliable recording and storage of interviews and video solutions are available that record interviews with IP cameras and automatically store them in secured hard drives. With the touch of a button the recording could begin. The video can be watched live and can be tagged with details such as officer name, case number, etc. The recorded files could also be given time-based tags dealing with crucial topics mentioned by the subject being interviewed. For interview transcription purposes the video file could also be converted to an audio file.