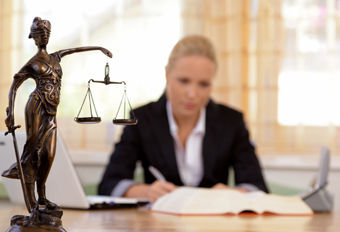 Court reporters capture legal proceedings such as depositions, hearings and other events and get them transcribed verbatim. They record the dialogue using specialized equipment, including stenography machines, and video and audio recording devices. Legal transcription companies work with court reporters to accurately transcribe these proceedings, which form an important part of the court record.

According to a recent report from the State Bar of Wisconsin, the Department of Administration’s 2017-19 biennial budget has put forward a proposal to eliminate court reporters in worker’s compensation hearings and other cases. Plaintiff and defense counsel are opposing the proposal to replace court reporters with audio recorders in cases that fall under the Division of Hearings and Appeals (DHA).

There were more than 17,000 cases DHA hearings in 2015. The worker’s compensation system received more than 5,300 applications for contested hearings per year. As of 2015, 24 administrative law judges, seven court reporters, and other administrative staff handled these trials.Various bar groups argue that removing court reporters from DHA hearings and using audio recorders instead is not feasible due to the following reasons:

Bar associations are concerned about the need for accurate record keeping in worker’s compensation cases, which often involve thousands of dollars. Court proceedings transcription is essential in these cases as parties often appeal adverse decisions. The reviewing tribunal would need an error-free record of fact-finding proceedings and having a court reporter there would ensure that “things are accurate and are well managed”, something that an audio recorder cannot accomplish.