List-qualifying Phrases Legal Drafters Must Be Clear About 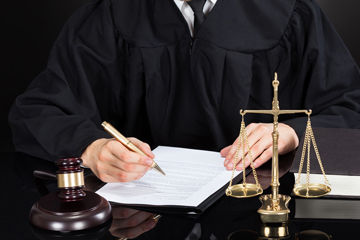 The key goal of the drafting process is to produce legally effective documents easily understood by the legal and lay audience involved in the project. Potential mistakes can be made while including lists within legal documents. To make the writing accurate, exact and complete, some drafters add overlays of multiple synonyms, and qualifying phrases. An article published recently in the New York Law Journal discusses the potential for unintended consequences resulting from the misuse of list-qualifying phrases such as “i.e.” “e.g.” and “including,” and advises legal drafters to use caution before using them in legal documents. Legal drafting is clearly a complex task and drafters must be careful about avoiding mistakes. Professional transcription services provided by experienced vendors also include drafting legal pleadings and other litigation documents.

Lists are more effective when tabulating them by setting them off in the margin with bullets, numbers or letters. It is important for drafters to understand the terms they use to qualify such lists.

Two widely utilized Latin phrases, “id est” (abbreviated as “i.e.”) and “exempli gratia” (abbreviated as “e.g.”) are often misused, which can lead to issues between the parties.According to Black’s Law Dictionary, “id est” means “that is,” which implies a complete list. “Exempli gratia,” on the other hand, means “for example,” which implies a partial list.

The above mentioned article shows some examples from the real estate finance industry based on loan agreements. Sentences quoted include:

“Including” is another misused phrase. Courts often use this Latin word to signify listed items and items that have similar characteristics to those listed. According to Black’s Law Dictionary, it means “of the same kind or class.” In an attempt to avoid having a court impose a restrictive interpretation on the use of the word “including,” many drafters who intend their lists to be expansive in nature, prefer using further-qualifying phrases like “including without limitation”.

While some courts have found ways to minimize such drafting errors with legal transcription outsourcing, it is critical for all drafters to understand and implement these terms correctly.