The Need for Court Proceedings Transcription 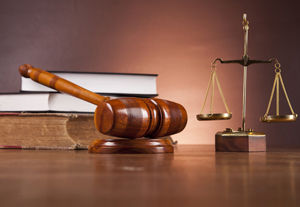 Oregon is one of only three states in the United States that do not require digital records of grand jury hearings. However, that is bound to change with the increasing need for transcribing hearings, rulings, trials and other proceedings now. Representative Jennifer Williamson, a Democrat from Portland, wants to put Oregon on the road to transparency and modernity in its legal system.

She is planning to get a bill introduced at this year’s Legislative session which would make it necessary for the court system to generate digital records of grand jury hearings. The flaw with the absence of digital records was recently highlighted in the investigation following the shootings involving an officer.

The Primitive Nature of the Legal System

In Portland, district attorneys recorded hearings related to the investigation while Marion County district attorneys did not. This is a glaring inconsistency, according to Williamson, and at the national level the existence of digital records is considered normal. While 34 states have enacted laws mandating verbatim records, Williamson feels it is high time Oregon followed suit especially since recordings of Federal grand jury hearings can be dated way back to 1979. With the support of the OCDLA (Oregon Criminal Defense Lawyers Association), Williamson hopes the bill will be successfully passed.

The Need for Greater Transparency

According to Eve Oldenkamp, OCDLA Board President, the secretive nature of grand jury proceedings has weeded out client representation as well as public access to these proceedings, making it harder for people testifying in those proceedings to be made accountable for their statements. Court recordings could make it easier to convince the prosecutor and the testifying individuals that they are making a public statement in the presence of witnesses.

This also contributes to fairness which is most important when it comes to a legal system. According to another legal expert, in unrecorded grand jury hearings the district attorney (DA) is fully aware of the testimony given while the defense attorney is not, which gives a massive advantage to the DA.

The argument that could possibly be raised is one that has always been made by Oregon’s DAs that courts would incur costs in relation to the recording laws. Hearing rooms and microphones would have to be fitted and staff hired for recording audio and transcribing the recordings. But these costs are essential if fairness needs to be maintained, and no cost is high enough for this quality to be ensured.

Much of the costs could be bypassed with competitively priced legal transcription outsourcing. Outsourcing recordings of hearings and getting court proceedings transcribed into useable records is something Oregon could significantly benefit from.