Pros and Cons of Arbitration Clauses in Business Contracts 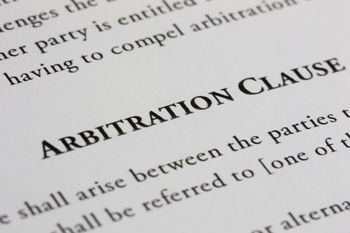 Usually, an arbitration provision is included in business contracts as well as employment agreements, where there will be an option to submit to arbitration if there is a dispute. Arbitration is the leading form of dispute resolution for contracts between parties based in different jurisdictions. It is a way of resolving contract disputes without lawyers or the court system, thus saving small businesses time as well as a substantial amount of money in legal fees. Legal transcription services from professional firms can be used to obtain accurate transcripts of such arbitration proceedings.

While a voluntary arbitration is where the parties mutually agree after a dispute has arisen to submit it to arbitration, a mandatory arbitration clause is a contractual provision in which one party requires the other to arbitrate their disputes.

Let us discuss the advantages of arbitration over court proceedings.

While arbitrating claims has significant benefits, there are also disadvantages.

Factors that need to be considered to ensure that the arbitration clause is itself legally enforceable and suits your business needs vary depending upon the circumstances such as the form of arbitration, the number of arbitrators to be chosen, the location of the arbitration and the rules to be adopted. Timely arbitration transcription services offered by experienced outsourcing companies help to obtain error-free transcripts for arbitration and pre-arbitration proceedings, law reform, post-hearing briefs as well as agreements.